Back to overview
112 what's this?
Login
No translations available.Add translation

On October 29th, 2015, Sebastian McKenzie, James Kyle, and the rest of the Babel team dropped a huge major release for frontend developers everywhere: Babel 6.0.0. It's totally awesome. No longer just a transpiler, it's now a super pluggable JavaScript tooling platform. As a community, we've only scratched the surface of what it is capable of and I'm excited (and cautiously optimistic) for what the future holds in JavaScript tooling.

All of that said, Babel 6.0.0 was an enormous breaking change. It had a bit of a rocky start. It's not entirely straightforward to upgrade and takes some learning. This post isn't going to talk about how you upgrade Babel, necessarily. I'm just going to touch on what I learned about my own code when Babel fixed a bug I relied on heavily... Here are some resources I recommend you check out before you try to upgrade your stuff from Babel 5 to Babel 6:

Clearing up the Babel 6 Ecosystem

Upgrading for me would not have been that difficult if I had understood the ES6 Modules specification correctly. Babel 5 allowed misuse of export and import statements and Babel 6 fixed this problem. At first I thought this may be a bug. I asked about it on Stack Overflow and Logan Smyth informed me that I fundamentally misunderstood ES6 modules and that Babel 5 had facilitated that misunderstanding (writing a transpiler is hard).

At first, I didn't quite understand what Logan meant, but when I had the time to dedicate to upgrading my app, this happened

Tyler McGinnis, Josh Manders, and I went back and forth quite a bit on this thread. It's probably hard to follow, but this is when I realized that the problem wasn't exporting the object as a default, but how I expected that I could import the object.

I always assumed that I could export an object as the default and then destructure the pieces out of that object I needed, like so:

Babel 5 allowed this because of how it transpiled the export default statement. However this is technically incorrect according to the spec which is why Babel 6 (correctly) removed that capability and effectively broke over 200 of my modules in my application at work.

Also, huge thanks to @nzgb's amazing 350 bullet points on ES6 because it is incredibly clear @rauschma 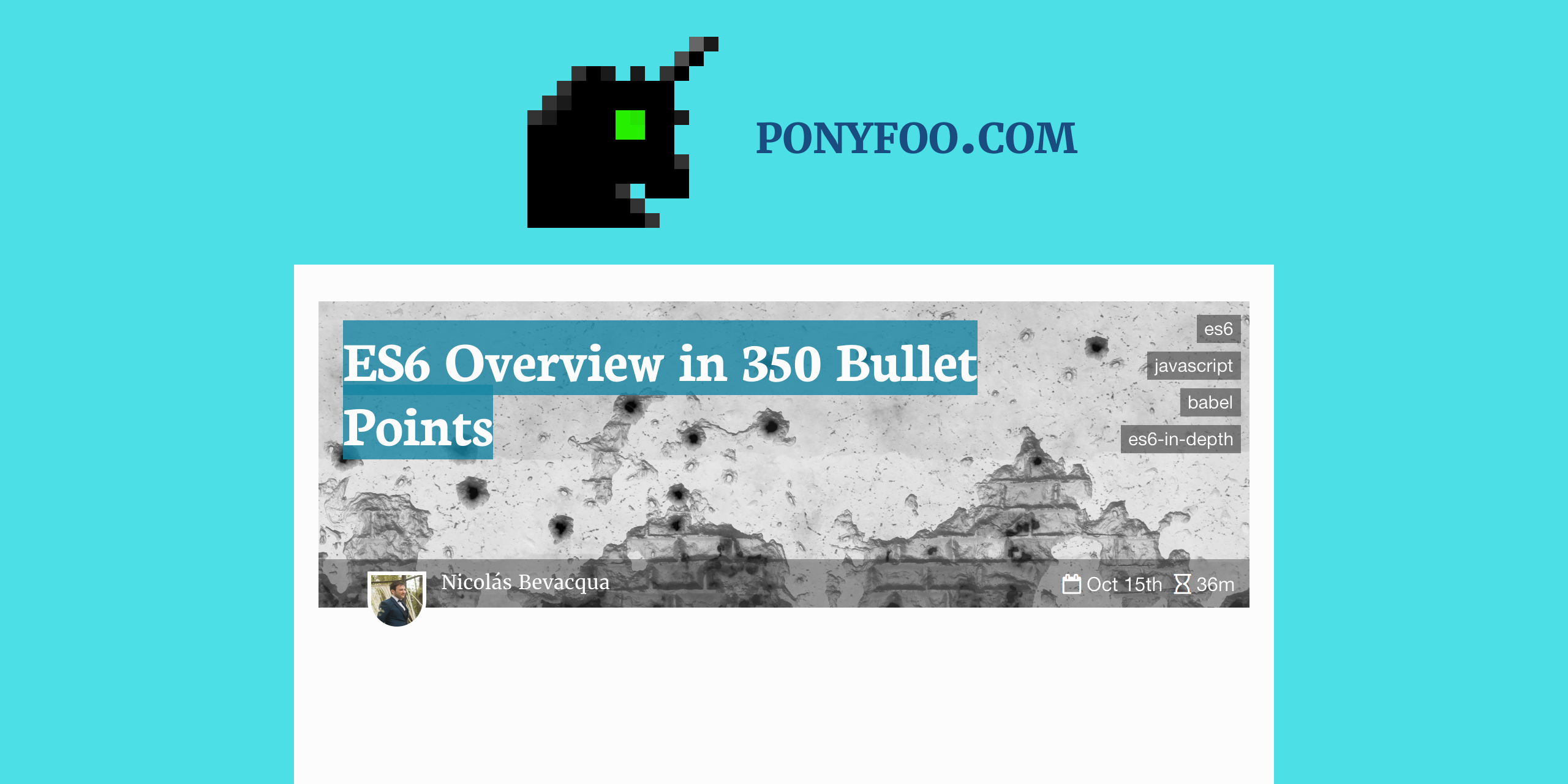 ES6 Overview in 350 Bullet Points
My ES6 in Depth series consists of 24 articles covering most syntax changes and features coming in ES6. This article aims to summarize all of those, providing you with …
ponyfoo.com
11:19 PM (UTC) · December 1st, 2015
0 7 15

I need to thank @rauschma for saving me from an early mid-life crisis with ES6 modules. I'm probably too invested in this.... 😅

Here's the basic idea: ES6 modules are supposed to be statically analyzable (runtime cannot change the exports/imports) so it can't be dynamic. In the example above, I could change the foo object's properties at runtime and then my import statement could import that dynamic property, like this:

We'll assume that result.key is 'foobar'. In CommonJS this would work just fine because the require statements happen at runtime (when they're required):

So that's the why for Babel's change. It's no longer possible to do this and that's a good thing.

What does this mean?

Coming up with a good way to describe this in prose has proven difficult, so I hope a bunch of code examples and comparisons will be instructive

The problem I had was I was combining ES6 exports with CommonJS require. I would do something like this:

With the changes that Babel made, I had three choices:

How did I fix it?

After a few hours I got the build running and the tests passing. I had two different approaches for different scenarios:

This worked out pretty well. The biggest challenge was just understanding how the ES6 modules spec works and how Babel transpiles it down to CommonJS so it can interoperate. Once I figured that out it was just monkey work to update my code to follow this convention.

Try to avoid mixing ES6 modules and CommonJS. I personally would say just go with ES6 modules for everything. One of the reasons that I mixed them in the first place was so I could do a one-liner require and immediately use the required module (like require('./add')(1, 2)). But that's really not a big enough benefit IMO.

If you feel like you must combine them, you might consider using one of the following babel plugins/presets:

The real lesson from all of this is that we should learn how things are supposed to work. I could have saved myself a great deal of time if I had just understood how the ES6 module spec actually is intended to work.

You may benefit from this egghead.io lesson I made demonstrating how to upgrade from Babel 5 to Babel 6:

Also, remember that nobody's perfect and we're all learning here :-) See you on Twitter!

Before the change with Babel, a require statement was similar to:

But after the change in Babel, the require statement now becomes more like:

It's notable that you can also use named exports and I recommend this with utility modules. This will allow you to do the destructuring-like syntax in the import statement (warning, despite what it looks like it's not actually destructing due to the static analysis reasons mentioned earlier). So you could do:

This gets really awesome/exciting with tree shaking.

Personally, I generally recommend that for a component (like a React component or an Angular service) you'll want to use default exports (you're importing a specific thing, single file, single component, you know 😀). But for utility modules you generally have various pure functions that can be used independently. This is a great use case for named exports.

112 what's this?
Login
Tweet this article
Discuss on Twitter•Edit on GitHub
Written by Kent C. Dodds