Back to overview
7,286 what's this?
Login
Add translation

Performance is a serious issue and we should make our apps as fast as possible. How we go about doing that will make a big impact on not only the effectiveness of our optimizations but also the complexity of our code (how quickly we can make improvements and changes in the future).

Every time we click on that button, we're triggering a re-render. But what is a "re-render"?

What is a re-render?

When React was first released, a lot of people focused on the performance improvements over existing UI libraries thanks to React's "Virtual DOM". Most popular existing UI libraries at the time would either leave you to update the DOM yourself, or would update the DOM for you, but do so sequentially for every "component" (or directive) that needed updating. Basically it comes down to this:

So the React team decided to batch DOM updates, so if there was a state change that resulted in thirty DOM updates, they would all happen at once, rather than running them one after another. To do this batching though, they would have to take ownership over updating the DOM, so we have React.createElement (which is what JSX is) to describe what we want the DOM to look like, and when there's a state change, React calls our function again to get the React elements we need rendered to the DOM. It then compares those new React elements with the ones we gave it last time we rendered. From that it can tell what DOM updates to make, and then makes those updates for us in the most performant way possible. The process of updating the DOM is called "committing" because we're taking the React elements that you "rendered" and "commit" those updates to the DOM.

Typically, the slowest part of this is the "commit" phase when the DOM is updated. But not all DOM updates are slow. In fact, it's probably a bit misleading to state simply that "the DOM is slow" because it's more nuanced than that. DOM updates like adding/removing event listeners are really fast. The slow part of the DOM is "layout" (learn more about slow layout here).

Thanks to React's batching and optimized code, we can avoid a lot of the pitfalls without having to worry ourselves about this problem, but it can definitely bite us on occasion.

Just because a component is re-rendered, doesn't mean that will result in a DOM update. Here's a quick contrived example of that:

Every time you click on the button, the Foo function is called, but the DOM that it represents is not re-rendered. Because of that, there's no DOM update for that component at all. This is commonly referred to as an "unnecessary re-render."

Unfortunately, there's been a fair amount of confusion around the difference between "renders" and "commits." Many people know (or at least they've heard) that "the DOM is slow," but plenty don't realize that just because a component is re-rendered, doesn't mean the DOM will be updated. Because of this misunderstanding, they believe it is a performance bottleneck that a component renders when it doesn't actually need to update the DOM.

This can definitely be a problem in some cases, but in general even mobile browsers on low-end devices are very fast at creating objects (render phase) and comparing them (reconciliation phase). So what's the problem with re-renders?

In fact, if you leave in a slow render and just reduce re-renders instead, then you could wind up with a worse situation, and you'll likely wind up with more complicated code.

Maybe this will drive my point home. Let's say that you have to punch yourself in the face every time you blink 😉🤛 🥴. Maybe you'd think: "oh gee, I guess I'd better not blink as much!" You know what I say? I say you should stop punching yourself in the face every time you blink! So instead of just reducing how often a bad thing happens (slow renders), maybe you could eliminate the bad thing and feel free to blink (render) as much as your eyes need you to 😉

How to fix slow renders

So we've concluded we want to fix slow renders first. Then we can determine whether re-renders are still a problem. So how do we fix the slow render. Often you already know which interaction is causing a "janky" experience for the user. Often it's when you open a tab, click a button, or type in a text field.

Here's what you do: Using your browser's profiling tools, start profiling your app, do the interaction, then stop profiling it again. For example:

Quickly determine JavaScript performance bottlenecks of interactions in your app via the Performance tab of @ChromeDevTools. There's a LOT more to this stuff, but learning how to use these tools is super helpful! 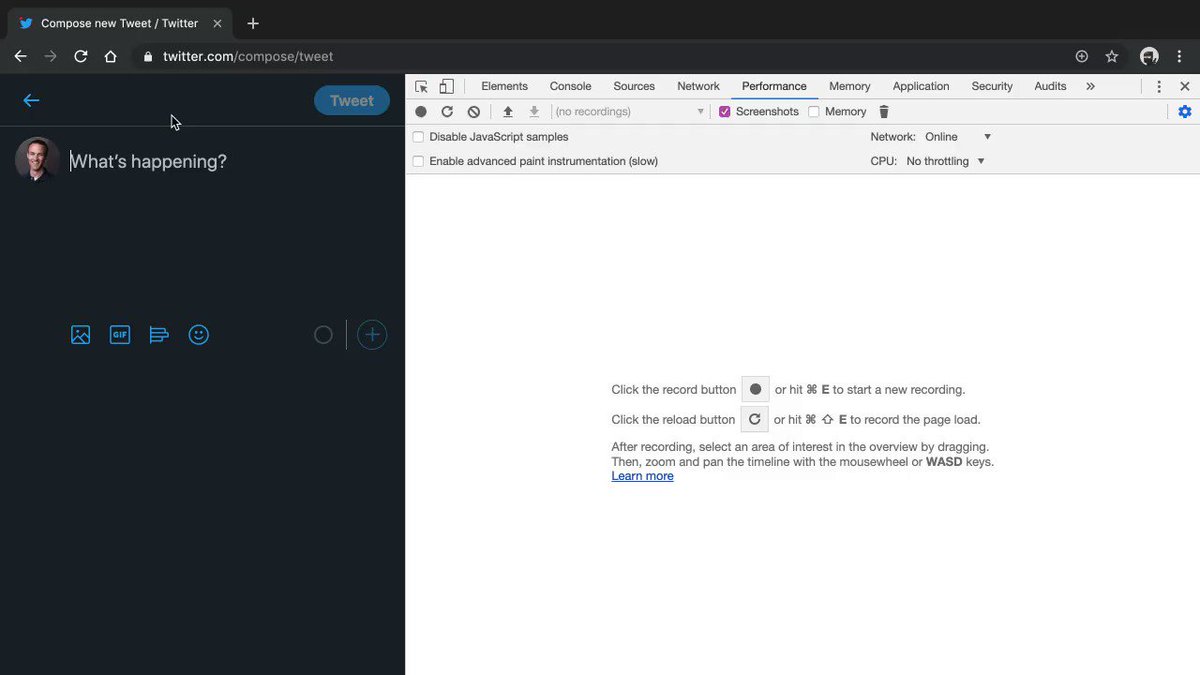 Once you figure out what part of you (or your dependencies) is taking the longest and fix those problems, then try again with the profiler and observe the improvements (or regressions). Don't miss the React DevTools profiler as well, it's really great!

⚛️🛠 Prototype of a new Profiler feature, "Scheduled by", enumerating which fibers triggered the current commit (which ones called set state). Would this be useful? Could it be more useful? 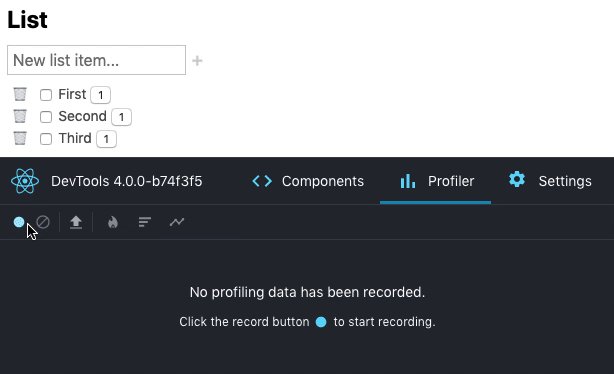 It doesn't matter if 100% of your renders are necessary, if those renders are slow, it will still produce a bad experience for the user. Stop punching yourself in the face every time you blink. Fix your slow renders first. Then deal with the "unnecessary re-renders" (if you still need to). Good luck!